Since making a World Series appearance in 2005, the Houston Astros have found a cozy spot at the bottom of the MLB standings. With below .500 records, no-name players, and unsuccessful management, Minute Maid Park quickly became home to baseball’s biggest losers. I wish I could call them lovable losers, but they weren’t familiar enough to be loved. Nobody knew the players or coaches and nobody felt the need to. With one losing season after another, Houston quickly became the MLB’s biggest afterthought.

Now that you’ve gotten through that depressing paragraph, I’m pleased to tell you that the winds of change are gusting in Houston as we speak. The Astros currently sit at 27-16 which is good enough for first place in the AL West. After losing five of the season’s first eight games, Houston has gone on a tear in their third season as a member of the American League. Their initial 27-14 record was the best start in the history of the franchise. The formerly un-lovable losers have quickly become entertaining winners who continue to get it done in the most unconventional ways possible.

Generally in baseball, averages are the most important statistic for a team to focus on. Successful teams have high averages. Plain and simple. With the second best record in the American League, you’d think the Astros would be pretty high up in the world of batting averages. As of today, Houston has two players currently hovering around .300. The rest, all below .250. Their team batting average of .228 is the worst in the entire MLB; yet somehow, someway, they continue to find ways to win.

How can a team with that poor an average be succeeding you ask? The long ball. While owning the worst team average in the MLB, Houston also has 62 home runs. That’s by far the most out of any team in baseball. Riding a risky formula like this means that timely hitting is a must. If you don’t get your home run at the opportune time, that could cost you the game. But hey, to this point in the season, it hasn’t hurt the ‘Stros yet, so why try and change it?

Houston also strikes out at an alarming rate, getting rung up 371 times as a team so far – the most in the American League. That’s one strikeout every 3.65 at-bats. All of these dramatic statistics come along with some pretty entertaining play. As abscure as their formula is, A.J. Hinch’s club seems to enjoy being baseball’s example of living life on the edge.

Pitching is a must when a team’s run production is reliant on home runs. Last year, Houston’s bullpen had the league’s worst ERA at 4.80. So far this year? 2.20 – second best in all of baseball. As for their starters, all of the focus has been on Dallas Keuchel. The 27-year-old, newfound ace is currently boasting a record of 6-0 with a 1.67 ERA. I think those stats speak for themselves . Plus LOOK AT KEUCHAL’S BEARD. Absolutely incredible. 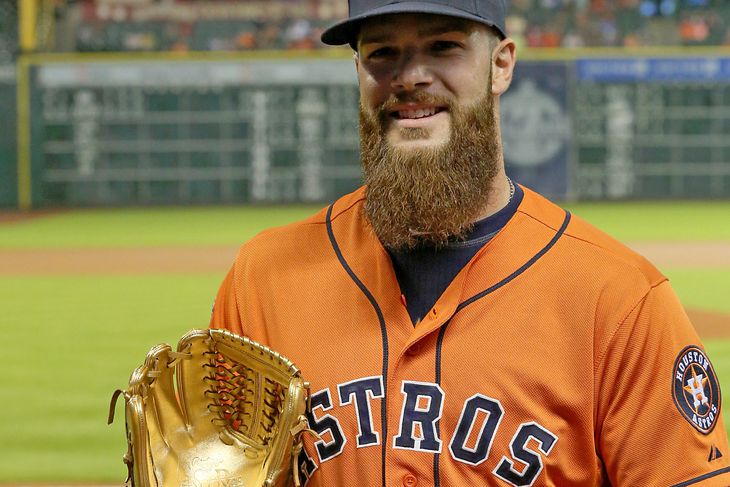 The young talent in Houston is plentiful. George Springer, Preston Tucker, Jose Altuve, Jake Marisnick, and Jonathan Villar are all under the age of 25 and currently in Houston’s starting lineup. Exciting and with loads of potential, the entertainment factor in Houston is through the roof. How can you say no to homers, triple plays, and non-stop leather flashing in the field? YOU CAN’T

Without a winning season since 2008, the Astros have found their way back to relevance. The unlucky bunch finally seems to have found some good fortune. So keep an eye on Minute Maid Park as the 2015 season moves forward. Unless you don’t like home runs, fun, and eternal happiness; then definitely avoid the Houston Astros.