Tim Duncan left the NBA in the same way he entered it: quietly. From 1997 until 2016, “The Big Fundamental” quietly dominated. He quietly made the 15-foot bank shot look like the easiest move in sports. He quietly won 5 NBA titles, 3 Finals MVPs, 2 league MVPs, and 15 all-star appearances. In a league full of loud-mouth, social media driven superstars, Tim Duncan quietly managed to become one of the greatest basketball players of all time.  END_OF_DOCUMENT_TOKEN_TO_BE_REPLACED 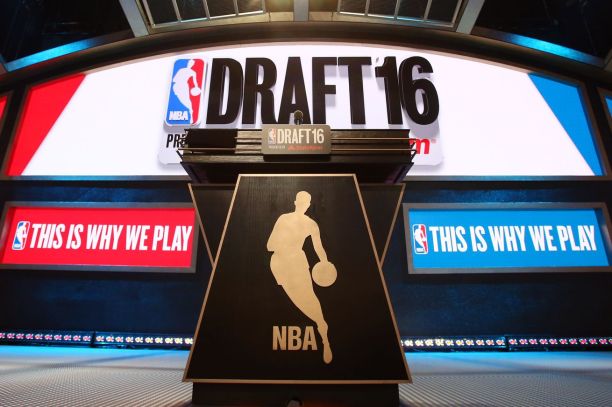 Now that the dust has settled and evaluations of the 60 selections have been completed, I think it’s time we make some 2016 NBA Draft observations of our own. I’m not a scout or a GM, and I can’t tell you how Georgios Papagiannis is going to look 4 years from now. However I can try to predict how he’ll get along with Boogie Cousins and maybe give a little insight along the way. This year’s draft was bizarre to say the least, but fun nonetheless. So here is the 10,000th rendition of the 2016 NBA Draft , winners, losers, and observations.  END_OF_DOCUMENT_TOKEN_TO_BE_REPLACED

J.R. Smith is by no means a hero or a superstar. He’s not the player you want to see on the back of your son’s jersey, nor the guy you want running your favorite team’s offense come crunch time. Since coming out of high school, Smith has been generally viewed as a glorified gunner. Shooting from anywhere on the floor, it oftentimes seems as though Smith doesn’t have a care in the world. And to be honest, I don’t really think he does. I don’t want to make this seem like a bad thing, because it’s not. J.R. knows his role, and he fills it. He isn’t expected to put up 25 points every night; that’s just not him. A misunderstood shooting guard from North Jersey, Smith’s 2016 campaign finally gave him the lasting reward he’s always wanted. END_OF_DOCUMENT_TOKEN_TO_BE_REPLACED

Conspiracy theories are all around us in just about every portion of life. For the most part, I tend to not buy into them, and often pay little attention to the bizarre speculations. Do I think the moon landings were just a sinister hoax? No. Do I think someone other than Lee Harvey Oswald killed JFK? Probably Not. How about 9/11? Was the U.S. Government involved? Not a chance. As interesting as these theories are, many of them lack sufficient proof to back up the frequently wild claims. However when it comes to conspiracy theories in the world of sports (and one sport in particular), my opinion seems to be more vulnerable. END_OF_DOCUMENT_TOKEN_TO_BE_REPLACED

Over the past decade, my basketball fandom has been tortured by the San Antonio Spurs. Fundamentally perfect and frustratingly boring, the NBA’s flawless franchise never seems to fail. As long as I have been alive, I have never gone into a regular season thinking the Spurs would be bad, or even average for that matter. My personal form of hell as a child was watching Tim Duncan, Tony Parker, and Manu Ginobili jog up and down the court and perfectly execute a balanced half court offense, ultimately finishing with uncle Tim banking one off the glass from 15 feet out for two points. The Spurs formula NEVER failed. It was constant basketball perfection and it sucked. END_OF_DOCUMENT_TOKEN_TO_BE_REPLACED

With the NBA Draft behind us, it’s finally time to turn our attention towards the chaotic frenzy otherwise known as free agency. 2015 is shaping up to be another fun summer with plenty of outside suitors looking to swipe away talent from opposing organizations. As much as everyone would love to scream and shout about another “Decision”, it appears LeBron will be returning to Cleveland for another title run. So with that being said, who do we have to focus on and what can we look forward to entering this summer’s free agency period. END_OF_DOCUMENT_TOKEN_TO_BE_REPLACED

With the series knotted at two games apiece, this year’s NBA Finals is quickly forming into one of the most entertaining postseason matchups of the last decade. With storylines aplenty, the NBA is wishing this series would last until opening night next fall. As overwhelming as these first four games have been, we still have at least two more games to try and wrap our heads around. So here are some key points following Golden State’s game four blowout, and some things to consider moving forward. END_OF_DOCUMENT_TOKEN_TO_BE_REPLACED

Steph Curry is quickly becoming the NBA’s newest superstar. After sinking an NBA record 286 three-pointers during the regular season, Curry and his Golden State Warriors are continuing their rapid pace through the postseason. Last night the 6 foot 3 inch guard from Davidson dropped 40 points on the Houston Rockets as the Warriors took a 3-0 series lead. The baby-faced league MVP was unstoppable once again, hitting from everywhere on the floor no matter the circumstance. Scoring 37 points in three quarters, he spent the majority of the fourth on the bench as the Warriors already held a 103-73 lead. END_OF_DOCUMENT_TOKEN_TO_BE_REPLACED

Paul Pierce is exactly what the Washington Wizards have needed for the past decade. He’s Gilbert Arenas without the guns. He’s JaVale McGee with an IQ above four. He’s Andray Blatche without.. well he’s just not Andray Blatche; which for Washington is phenomenal news. The Wizards personnel moves over the last few seasons have been questionable to say the least. Consisting of entertaining characters who didn’t know how to win, squandering talent had become the ultimate description for the lowly Wiz. END_OF_DOCUMENT_TOKEN_TO_BE_REPLACED

Most people see getting swept in the first round of the playoffs as a bad thing. With players like Anthony Davis, it’s nearly impossible to look at the New Orleans Pelicans situation in a negative light. The young squad from the big easy lost four quick games to the top seeded Golden State Warriors this past week. While the Warriors didn’t have many problems getting the sweep, they had their fair share of issues with the unibrowed monster otherwise known as Anthony Davis. The pessimists will have their opinions on the quick first round exit, but the optimist is the one you should be listening to.

So as the pessimist claims this team lacked poise throughout the year, the optimist can counter with the awesomeness of succeeding without a veteran presence. The pessimist will question if Monty Williams is the right coach to join Davis in leading NOLA to the promiseland. The optimist can raise the point that LeBron James went through four different coaches before getting his first ring. You can go back and forth all day long. The bottom line is the future is finally here for the Pelicans, and this year’s first round series versus Golden State was the first sign of great things to come.

Anthony Davis is the next great one. Need proof in the form of numbers? Davis joined Wilt Chamberlain, Bob McAdoo, Kareem Abdul-Jabbar, and Willis Reed as the only five players in NBA history to average at least 30 points and 10 rebounds for their first four playoff games of their careers. Come July 1, I have no doubt he’ll have a max contract waiting for him to sign so the Pelicans can lock him up.

Sure the Pelicans were a one-man team for many parts of the season. Davis’ supporting cast was not always up to par. But c’mon, release your inner optimist. Davis and the Pelicans are here to stay and entertain us for years to come. And that means we get to see more of Pierre the Pelican. Not even a pessimist can be mad about that.